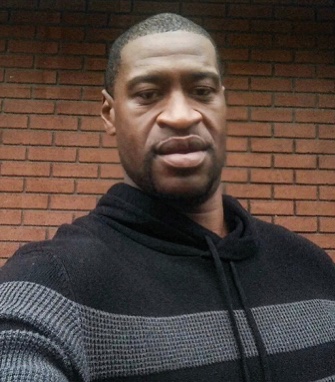 So, It was last Monday when the report of yet another death of an AMERICAN huMan came across the notifications on my phone. I was, at the time, out driving (Uber). I was angered when I saw the video, which at the time, was nearly 9 minutes long. I could not believe what I was seeing.

One police officer had a knee on a Man’s neck, and, at least three other cops just standing around as the man complained that he couldn’t breathe. I don’t give a fuck what this man may have done prior to this moment! Then the Man was unresponsive.

This blog is not about politics. It is supposed to be about trying to improve my health. However, I cannot, not say anything about this. I am 57 years old. I have seen, witnessed, and, experienced the unfairness that black people face every day in the workplace, in schools, business, fair wages, etc.

Now, I have not been the victim of police brutality. I have never been arrested. And, I have not encountered any police officers in the last 20 years who were not completely professional and courteous as they dealt with me. However, this is not the experience that other African-Americans have had with the police.

There is a problem with racism in this country. There are groups of people who would like to see this problem escalate. I don’t know what good purpose that would serve.

And our President can’t seem to say anything helpful about this situation. And oddly enough, I believe the man will be re-elected. I don’t understand the politics of this nation. We are lost.

I am a Christian, a believer in Jesus Christ. I do not believe in hatred and fear. I believe in love. Love is the only thing that can solve what we have happening on this planet. I know. It sounds too simple. It is simple until you add the human element to the equation. We are complex beings. Our problems are not simple. We need to take one step at a time. We need to get back to a spirit of love and compassion for one another. It is our only hope.

I don’t hate the police, or, any other human. I do admit to having those feelings sometimes though. We need to come together as humans. It is the only way out of this situation.

My prayers go out to the Floyd family. My prayers go up for the police officers involved in the incident. I pray for this country. If we don’t all pray and begin to SEE one another, we are doomed.