I am back home in South Carolina now. For the past two weeks, I had been in Texas visiting my Father, who has been ill. I went there because when I heard about his condition it scared me. I lost my mom in 2013 and I never had the chance to tell her how much she meant to me. I wasn’t about to miss that chance with my dad.

I was there to assess what his health actually was. It was not as dire as it could have been, or as bad as my imagined scenario. And now that he is getting the proper help he will be even better. I left him in good hands with my brother and two sisters and his nieces and nephews; all of whom care about and love him very much. 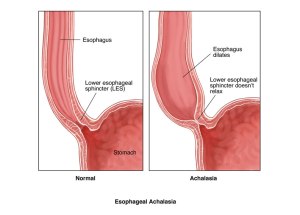 His issue was related to not being able to eat. His diagnosis is a condition called, Achalasia.

For the past two weeks my dad has been on a clear liquids diet; chicken and beef broth, protein shakes, juice, and water. He is very tired of it. He has lost a lot of weight. He is being scheduled for surgery to improve the condition. The goal is to dilate the ring-shaped muscle at the bottom of the esophagus, or lower esophageal sphincter (LES), which will hopefully enable him to eat more solid food again. 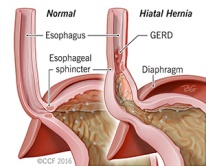 Now I was adopted, and I don’t think this condition is one that is hereditary. I think anyone can get it. I have already had problems with a hiatal hernia and GERD. I have taken medications for years to reduce acid reflux. I now control it by not over eating, and not eating certain types of foods. You’re probably thinking I avoid spicy foods, but you’d be wrong. It is high carb foods that are the real problem. My digestive system does not appreciate high carb foods. I get gassy, painful digestive movements, and the worst smelling waste possible in a human. Whereas, when I eat high-fat carb and high fat diet digestion is very easy, less gassy, and therefore painless, and waste is not so smelly.

When I first encountered the problem of gerd/hiatal hernia I was in my 30’s. I ate a lot (I mean a lot) of high carb foods. I was literally stuffing myself beyond my stomach’s capacity. I also ate very fast. Maybe its a military thing. My father was in the military and also eats a lot (more than he should), and he eats very fast. I think the way we eat has a lot to do with digestive conditions we may develop later in life.

I am glad my father is getting the help he needs. I hope he will slow down and eat better foods. I have, and I feel 100% better when I really stick to low carb and high fat, or Keto. This is not where I was intending to go with this post. I guess it was on my mind more so since my dad’s recent stomach issues. Well I guess I will end this here.

Take care yourself and your digestive system. It is very important in the long run.